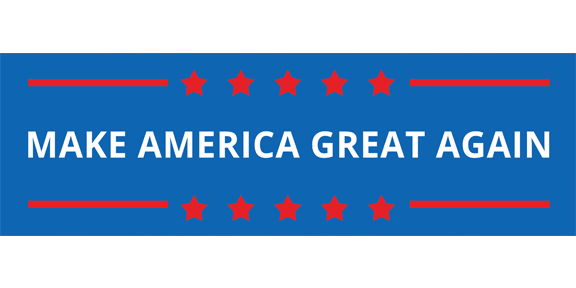 It's January 20th 2017, Donald J. Trump overcame odds and vicious opposition from outside and inside the Republican Party and is being sworn in as the 45th president of the United States. But what would a Trump presidency be like? Now you can play this fun little Excel based game as Trump himself. Make the hard choices that are needed to "Make America Great Again!" or fail as miserably as your critics think you will. This game is based in an Excel spreadsheet because I program in VBA; Excel's programming language and because it makes it more accessible to average Americans...not just elites in Washington :-). You are free to redistribute it to anyone. I suggest you ALWAYS download copies from rodericke.com/trumpgame just in case some vile Hillary supporter tries to make a fake that deletes 30,000 emails from your computer.

Besides "Making America Great Again" is to see how many turns your Trump Administration can last. Each click of the options links is a turn.
Enjoy and share the game with friends...and Democrats too. Someone send a copy to Hillary and Obama!!!
P.S. As this Excel spreadsheet works on macros, it most likely will NOT work on a mobile device but you can try.