What makes one culture better than another? 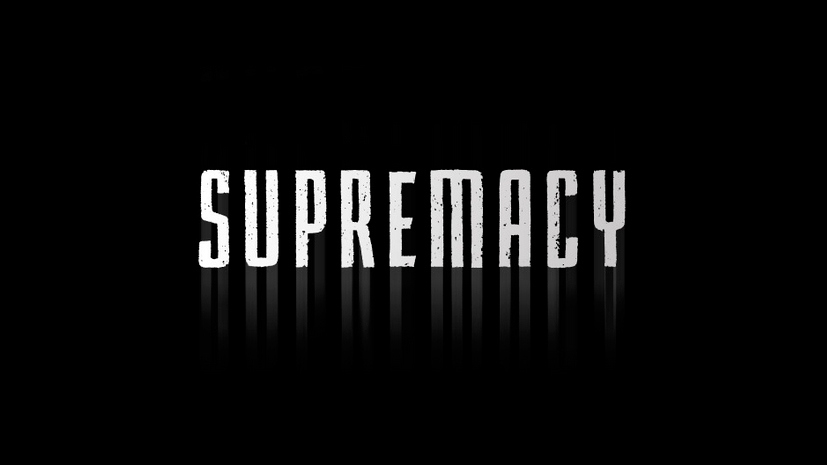 The word supremacy means “to be supreme” or “better than others”. If instead of declaring supremacy, what if someone is simply declaring the uniqueness. For example, there are replete examples of declarations of the uniqueness of Hispanic or African-America culture yet no one assumes this declaration is advocating a supremacy. So, why can’t “white” people also declare their unique culture without being labeled white supremacists?
Rather, it is actually insulting to a person of any culture to act like there is a monolithic, stereotypical representation. Hispanics are so classified even though this includes cultures so disparate that there is little comparison. Someone’s historical and culture influence may be radically different than someone from Columbia or Catalonia yet because of a shared common language they are grouped as “Hispanics” or more accurately; “Latinos”. This does a great disservice to the uniqueness of each of these cultures.

When it comes to “white” people, the difference occurs not only in the cultures, such as German versus English but many “white” people don’t even share a common language. Thus, the uniqueness is even more pronounced. Perhaps this is why historically there has been no effort to promote a “white pride”. It is less about the color of a person’s skin and more about the region of the world from which they hail.
Again, it seems belittling and insulting to lump people into groups like “people of color” or “Hispanics” since it ignores the rich, unique heritage of the specific regional origin. People from India and people from China share only the potentiality of having less pale skin pigment than the average Irishman yet lumping them into a group called “people of color” as if they are an opposing football team to all Irishmen is class warfare not befitting for the 21st century.

Further, grouping all people from India into a single stereotype is ignorant of the very, very diverse aspect of Indian culture with its; Punjabis, Hindus, Bengalis and plethora of demographical differences.
So, with this in mind we should allow for the proud declaration of regional heritage and discourage corralling people into melanin madness; all without becoming “offended” or crying racism or labeling someone a “supremacist”. If someone likes to partake and celebrate their region heritage; the color of their skin should be a non-factor. It is only when someone declares their culture better than or supreme to all other cultures that the alarms should go off. And even then, not all cultures are equal on all levels. If we base progress of a culture on its ability to advance technology and human well-being for the most people; then there are certainly cultures that are “better than” other cultures in this regard. This doesn’t mean it is genetic within all people descended from the culture any more than flaws in one individual should be pinned to an entire culture.

Why is it we can acknowledge and even celebrate an entire culture and its contributions to history; such as Roman architecture or French painters but if anyone dare to actually point out any culture excelled or contributed more than another in a specific way, suddenly calls of supremacy come out? Whether we like it or not, some cultures have contributed more toward the world-wide advancement. Oddly enough, we are often told the African continent is the birthplace of humanity yet in manner of technological advancement, most African nations lag behind and thus often called "Third World". While it may be tempting to claim the deficiency is due to some kind of oppression or colonialism that held back those countries from advancing; the problem is, before "white" men ever set foot in Africa, most of continent was technologically inferior to most of the rest of the world -- including compared to "yellow" people or other "brown" people such as in India.


Now, before someone tries to claim it, I'm NOT trying to say the lack of advancement of the African continent is due to the skin color of anyone. Rather, it is most likely due to the tribal mentality of most of the cultures of Africa. In cultures that are more advanced, the concept of individuality is usually stronger. Freeing up an individual to think and act outside of the "tribe" allows for exploration of ideas and concepts that would never have been imagined within a closed group like a tribe. Cultures where individualism is promoted, often tend to produce free-thinkers and most advanced contributors to human advancement. So, the African condition is less about skin color and more about a lack of individualism. Even among African-Americans, they are encouraged by "leaders" to continue a kind of tribal us versus them mentality. A unity based on skin color. This holds the "race" back in that individualistic thought is not promoted.

Almost all major advancements in history came about not by a group or committee or government policy but by a individual who dares to think and do differently. This is true for the advent of electricity, slight, and the computer. Yes, after the individual takes the first step, others join in but it typically is one or a few people making the biggest differences. So, supremacy is not really about one race being better than another but rather about an individualism-promoting culture being better or supreme to a collective-based culture. This is why free-market, capitalistic Republics tend to produce more advancements than socialistic democracies.


The Republic that protects the individual from the whims of dictators and masses, allows the individual the security to experiment with potentialities. The dictator and the "democracy" demands conformity on some level. A person living in a free Republic with clear, almost unchanging "rules" (such as a Constitution) can operate within known parameters. Whereas the dictator can summarily change the rules by fiat and the democracy can suddenly out-vote the individual and confiscate and redistribute the individual's wealth and property to group will. Hence, the any culture and society that promotes the individual will always be supreme to all others.