In March 2016, then president Obama met with Raul Castro, not in some neutral host country but at the Cuban "Revolutionary Palace" in Cuba. Yet, no mainstream media criticized Obama as pandering to or legitimizing a "dictator" and long time enemy as the media has to president Trump in his meeting with Russian president Vladimir Putin in July 2018. Obama even appeared to try to give Castro a hug which was rebuffed by Castro but was portrayed in the media as Obama letting his arm go limp rather than letting Castro raise his arm in a "victory" stance. Watch the unedited video because the edited one doesn't show the part of Obama moving in for the hug.

Further, Obama not only allowed himself to be photographed with Castro in front of a Che Guevara mural but Obama even appears to urge the location as he can be heard telling people to take the picture "over there", in front of the mural of the man who once said:

“A revolutionary must become a cold killing machine motivated by pure hate.” -- https://en.wikiquote.org/wiki/Che_Guevara 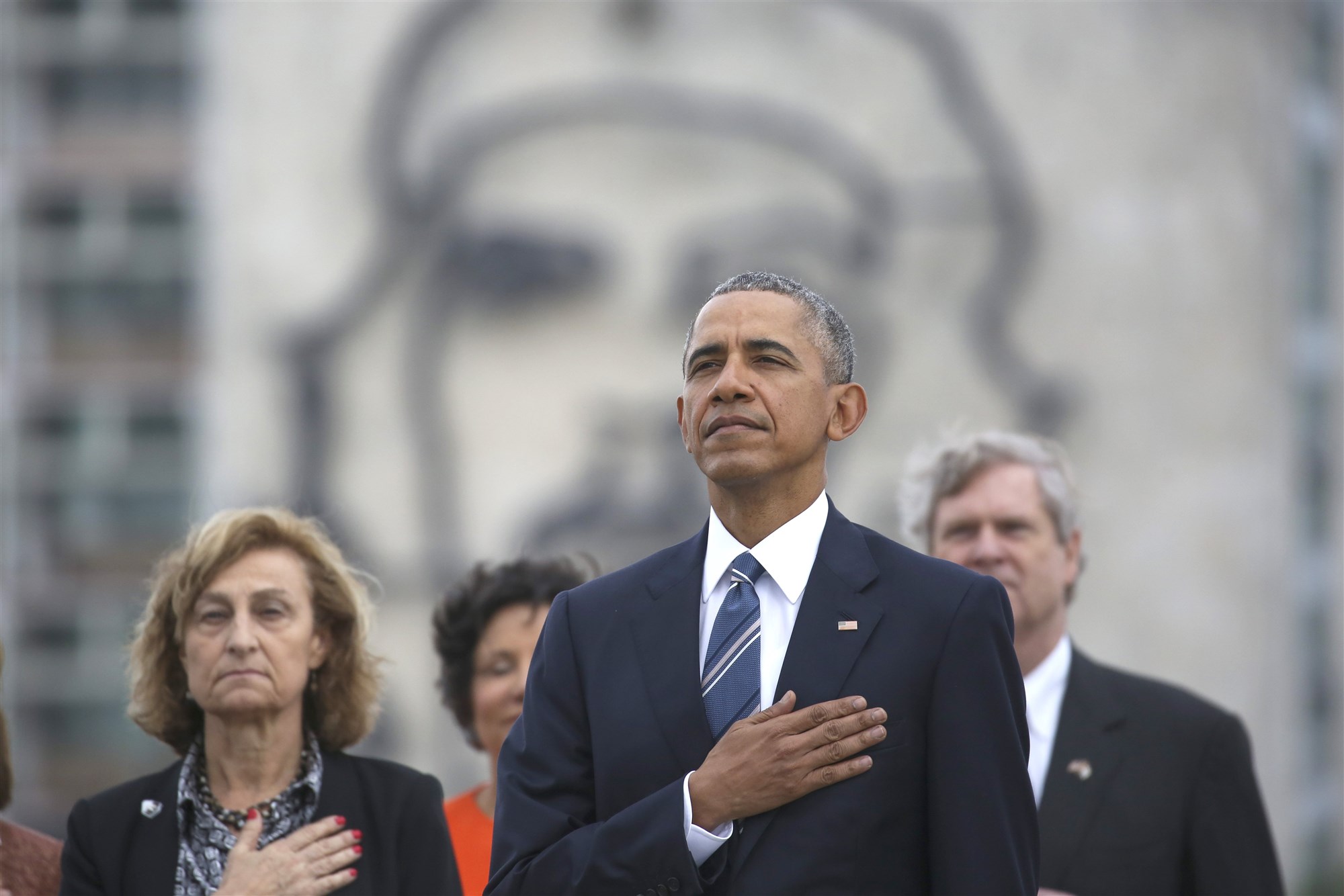 The point is, the current faux moral outrage of Trump daring to appear with Putin is "fake news". American presidents meet with our adversaries all the time, especially in an attempt to make them not be our foes. As we see Obama did more to legitimize the Cuban dictatorship than Trump ever projected with Putin. But the media claimed Trump trusted Putin more than "U.S. intelligence agencies". Well, why should ANYONE trust U.S. intelligence agencies after what has been exposed of the leadership of the FBI? What's amazing is that Trump hasn't fired every high and mid level person in the FBI.


The idea that Trump is less supportive of the USA than Obama or many previous presidents is ludicrous. For example, Obama's own director of the CIA; John Brennan literally voted for the Communist presidential candidate in 1976. How did such a person ever become the CIA director? -- https://en.wikipedia.org/wiki/John_O._Brennan#Early_life_and_education You don't "signal unhappiness with the system" by betraying the founding principles of America.


This brings me to the point that is the heart of this article, While Democrats are running around acting like they love America and think Trump is a traitor and that he's committed treason by being too friendly with Russia; the reality is the Democrats ACTUALLY run and vote for SOCIALISTS -- Bernie Sanders and Alexandria Ocasio-Cortez. It is sheer hypocrisy for Democrats to feign that they are concerned about outside influence and powers when the Democrats are from within, trying to destroy the free-market, capitalistic foundations of the USA. That was the entire point of Obama's "fundamental transformation" including universal healthcare and unbridled illegal immigration. It is the attempt to decimate the "old America" with a new socialistic USA (ie: like "the rest of the world")

After the collapse of the USSR, Soviet Union, many of the satellite regions were absorbed into the free world, some even were allowed to join NATO. --https://en.wikipedia.org/wiki/Post-Soviet_states#North_Atlantic_Treaty_O... but Russia continued to be treated with suspicion; at least publicly. Yet privately even Obama sought to warm relations with Russia, famously whispering to Russian President Dmitry Medvedev that:

"This is my last election. After my election I have more flexibility"

Talk about collusion and sickening, pathetic, traitorous behavior by a U.S. president. Obama was basically saying; "Wait until I fool the American voter to vote for me again then I'll work with you Russia".

Trump has his failings and faults but being anti-American is NOT one of them. There is nothing wrong with trying to turn enemies into friends but trying to hide it from the American public and getting caught on a hot mic like Obama is downright treasonous if there ever were cause to call someone treasonous. The Democrats used to love the Soviets and certainly STILL love socialists and communists. So why are they #Russia! #Russia! #Russia! all the time? The Democrats need boogiemen. If there isn't a real one, they manufacture them. The Democratic Party has no other strategy except division and class warfare. Rich vs not rich, black vs white, male vs female, heterosexual vs everyone else and on and on. The Democrats must create a new boogieman out of Russia even though Obama said this during his 2012 presidential debate with Mitt Romney:

"...a few months ago when you were asked what's the biggest geopolitical threat facing America, you said Russia, not Al Qaeda. The 1980s are calling to ask for their foreign policy back because, you know, the Cold War's been over for 20 years."

"“There is no serious person out there who would suggest somehow that you could even rig America’s elections, there’s no evidence that that has happened in the past or that it will happen this time."

Remember, this is during the time when supposedly, now according to all of Obama's holdover "intelligence agency" experts, Russia was meddling in our election!!!!

All of this blustering and outrage by the Democrats and their willing lapdog media in trying to paint Trump as a bumbling idiot and even a traitor is just politics. The Democrats have nothing near the draw of Trump. Trump speaks to the Americanism in American citizens. Obama and his fellow Democrats instead lecture us on "who we are" or rather who they want to make us be. That we should be more like some other country or some other people. They tell us how to be compassionate and if we don't do it like they want us to, we're called bigots, xenophobes, jingoists, raaaaaaaaaaaacists, and all other manner of guilting and shaming titles. It is time to see through the politicking of the Democrats. It isn't even about Trump. Even if Trump wins in 2020, we Americans need to be concerned that the evilness and anti-American ideas of the Democrats has now been fully exposed. We cannot allow them to turn America into just another socialist country; whether it is Cuban-style or European-style socialism. It is about more than just politics; it is about the foundation heart and soul of America and our future.