Published on RoderickE (http://rodericke.com)
Home > The Universe: Of Every Religion and None 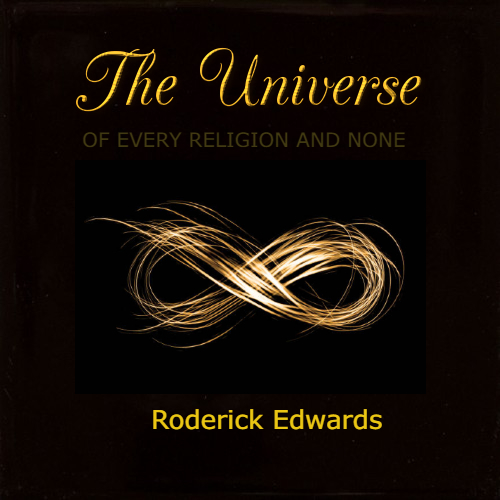 To listen to THE UNIVERSE -- send me message https://rodericke.com/contact
Listen FREE to Chapter 5 - The Connection

His qualifications come from a life time of observation punctuated by a momentous, life changing event of finding his biological family after 50 years of wandering around in life without his own "personhood"...identity. Being adopted robs a person of being part of society. You never really fit in. However, this gives you an unique perspective as a detached spectator, able to see things other people may miss or take for granted.
, I have been a very devout Christian for over 30 years. Not the kind of Christian that goes to church every Sunday dressed up in fine clothes and then goes home to live the week as a heathen. Not the kind of Christian that talks about what he "feeeeels" God is saying, but rather the kind of Christian that before the Internet Age had 12 different books sprawled out on the floor, cross referencing the claims, looking up the Hebrew, the Greek, the Aramaic, and even the Latin to see if the meaning translated was accurate. The kind of Christian that helped review and promote a polyglot Bible (see here). The kind of Christian that was so passionate about what it was he was believing that he spent months taking what he termed, "A Church Tour", going to different denominations to see what they believed in person. (see here).
, not just Christianity but a student of all religions and philosophies. Debating theological concepts such as supralapsarianism (did God create humans knowing/planning for their eventual disobedience?). Reading and re-reading the Muslim Qur'an and discussing it with Imans (Islamic priests). Interacting with practicing Buddhists, Hindus, Sikhs and many other religions. Reading Greek and Roman philosophers; include the three volume Paideia. Interacting with cultists such as Mormons, Jehovah's Witnesses and even Preterists (who believe Jesus already came back).
, nearing the end of life I am trying to condense what all religions have in common. Or better yet, what holds them together. While some are held together by threat of punishment such as hell and others by communal belonging, the bulk see something even more wondrous; COINCIDENCE! -- Those events and patterns that happen in life that are too numerous and too structured to be mere random actions. Rather, I term it the Universe. The unknowable "force" that operates in everything; life, weather patterns, space, atomic particles. I attempt to explain all of this in this book and am eager for you to read and consider it.
Source URL: http://rodericke.com/universe