If You Were President

What would you do if you were the president of the United States of America? 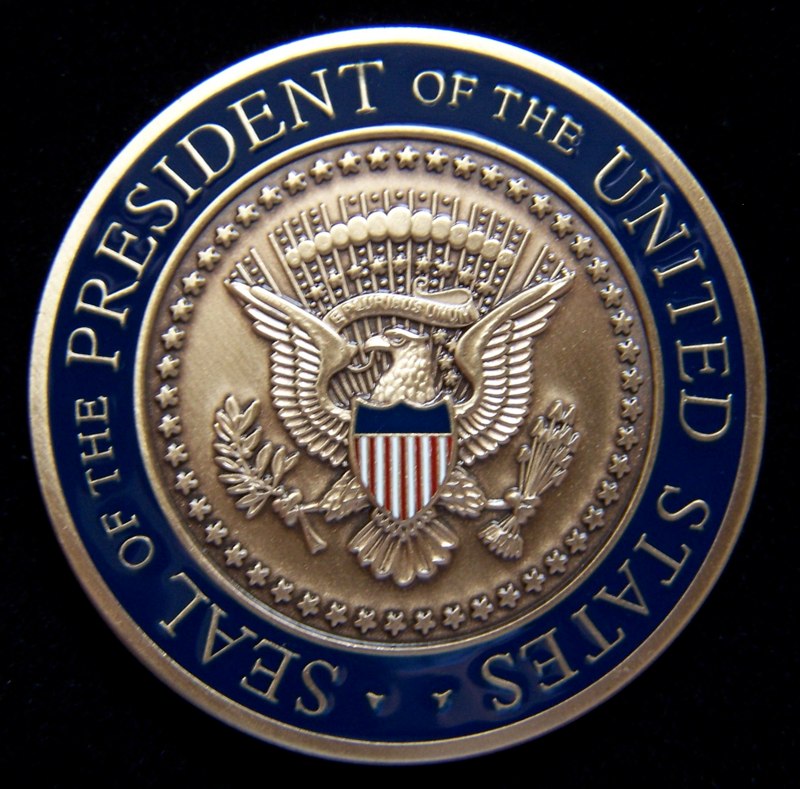 During 2015-2016 I waged an experimental citizen for president campaign. I understood the reality of the situation and that I’d never be president…but what if an average citizen actually did get elected? How would we govern? What are some of the first things we would do? What could we legally do? How would we approach current issues?

On your first day as president, you enter the Oval Office with your small group of campaign aides but no cabinet administration. You know there are people around you that expect to be given a position in your administration. Further, there are former foes that now seem to be jockeying for a position as well. Your campaign was concise and sometimes controversial. Members of both the opposition and your party are clamoring for you to “moderate” and tone down your “rhetoric”. But it seems every time you do, they then claim you are “soft” or “breaking your campaign promises”.

Putting all of that drama aside for moment, imagine you could actually get started on day one. What is the first thing you would do?

AUDIT
The first thing I would do is start an audit of everything we spend. What programs are operating and why and when did they begin and how much funding are they getting and from where. Add to that, I’d want an accounting of all foreign aid we are giving with the same questions asked.

CLEAN HOUSE
Although a certain amount of lower bureaucrats are for all intents and purposes; a-political some of the mid and higher level bureaucrats will have loyalties either to the opposition party or to the previous administration even if that administration was of the same party as your own. They may attempt to undermine your governing. I would weed out all mid and higher level bureaucrats. Who knows, we may find out there is a lot of bloat of people who aren't necessary to run the government. At any rate, it is difficult to be successful if someone is sabotaging you, especially from within.

EXPERIENCED EXPERTS
Next, I would not fill my cabinet with theoretical hacks but experienced experts. They need not even have worked in the field to which I appoint them. They simply need to have skills that are obvious to help them accomplish the goals I have for the various departments. This will undoubtedly bring criticism from people who will claim I am appointing “unqualified” people. I will resist the urge to compromise but instead stick to my plans. Being president for four or eight years is a once in a life time opportunity that should not be squandered by caving to wonks that apparently couldn’t or wouldn’t attain the office themselves.

On the first day, I would give a national speech that would highlight that as Americans our first interest is maintaining America. This would require me to talk about what makes America different than any other nation; namely individual liberty and rights. While other free countries speak of democracy and civil rights, the foundational concept of America is enshrined in the notion that the individual is paramount even over a group of citizens or the government itself. The liberty and rights of the individual are to be protected against the wishes of a mob whether that mob is a group of vocal citizens claiming “democracy” or a government claiming “General Welfare”. America is not a democracy. That word appears nowhere in our founding documents and is not a synonym of a Republic. America is a Constitutional Republic unlike pseudo-Republics such the Peoples Republic of China which has a fluid constitution that is based more on political whims than on tried and proven principles that undergird the U.S. Constitution.

This outline and definition of America, Americanism, and being an American would drive all my policies during my presidency. It is not nationalism or jingoism but rather the expression of historical realism where the Founders of America were not a bunch of white guys just making up things as they went along. But rather, the form of the country called the United States of America was born out of the culmination not only of 17th century European ideas but rather of the culmination of millennia of human experience around the world. In short, America was an idea long before it was a plot of land that would become a country. The ideas that comprise America the country are collected from Europe, ancient Greece and Rome, biblical lands, and even the African and Asian continent. America is the ever-present yearning of all humans to be free from oppression and compliance. At least that is the sentiment of our founding even if we have somewhere lost our way.

The U.S. Constitution has six main drivers as articulated in the Preamble:

Everything that comes after the Preamble is meant to further the 6 drivers. You cannot have a Union, or a country without some form of justice. If a king or a pauper thief can steal from the individual without consequence, then there is no justice. The rights of the individual are paramount from the first line of the Constitution. If there isn’t a peace at home then turmoil will not allow for the other goals. Thus, the common defense to keep the peace is built into our Constitution. Next, our government is designed to promote the general welfare of its citizens. Note that it is NOT designed to INSURE or promise general welfare of the people. Laws and policies should be passed to promote general welfare, not impose someone’s idea of what is “good” for you. Lastly and most importantly the United States was formed to SECURE (keep, maintain, preserve, conserve) the blessings of liberty to ourselves and our generations after us. Anything that infringes upon or attempts to nullify these six principles of Americanism isn’t American.

So, when we approach any of the myriad of issues we must apply Americanism. Is the proposed solution in line with the advancement of the six principles? For example, are we crafting a Health Care solution that focuses on the percentage of “uninsured” or are we considering justice, general welfare, and the liberty/freedom of all people? Too often, our policies are driven by an appeal to emotionalism that focuses on some fractional segment of our country (ie “class” or group) when America at its heart is supposed to be about the individual. Instead, we have gotten to the place where politicians corral people into groups and claim to speak for and be the champion of the group; whether they base the group on gender, race, ethnicity, nationality, economic status, sexual practices or any division imaginable. This is NOT what America is supposed to be about. That form of classification and stereotyping is reminiscent of the plebiscite, tribal caste, or even slave systems from which America transcended. It is insulting to manipulate people in this manner; as groups rather than individuals.

DAY 2 and years after

As the great and grand experiment called America wakes to the next dawning day, we need to remain focused on the principles of our foundation. We need to push back against a sort of global aristocracy that would tell us that unless we conform and comply that we won’t be taken serious and won’t succeed. But after, all America was founded on ideas that at the time were mocked; how can a nation exist without a monarch or some sovereign at the lead? When we are told we must be more like Europe or more like the rest of the world, we need to remember our individuality as a nation and as…well, individuals is the component that most makes us Americans.

Day 2 and all the years after need to open with the Preamble; that we arise each day in order to form a more perfect Union, establish Justice, insure domestic Tranquility, provide for the common defense, promote the general Welfare, and secure the Blessings of Liberty to ourselves and our Posterity.