Why Hillary Won the First Debate

Full disclosure; I'm a Donald Trump supporter...even before it was Ted Cruz approved. I've always tried to be fair and objective about any topic. The reason Hillary won the first presidential debate against Trump is because Trump would not go after major points he let slide. Further, Lester Holt asked some gotcha questions like the last one about whether Hillary "looked presidential". Looks isn't simply about physical appearance but about overall presentation. Hillary, like Obama presents a weak and apologetic image; a "lead from behind" or wait for consensus before action. But the main places that Trump failed is not hammering Hillary on Benghazi. As far as I recall he never mentioned it. He certainly could have used it when Hillary claimed she wants to be a president that allies and people can trust and count on. Letting our servicemen die in Libya is not a good example of that.


While Trump did bring up the 33,000 deleted emails, he should have again used it when pressed about his tax records. He could have said, "my tax records at least are still available and will eventually be released and have not been deleted, since you are talking about hiding things Mrs. Clinton. What were you hiding?". I'm not saying Trump lost the debate but by playing it cool, he let her overshadow him. Even her toothy, smug, dismissive, elitist grin wasn't enough to bury her. She was able to make it look like she could at least take on Trump. He went softly against her...and even said so. I imagine he won't next time. 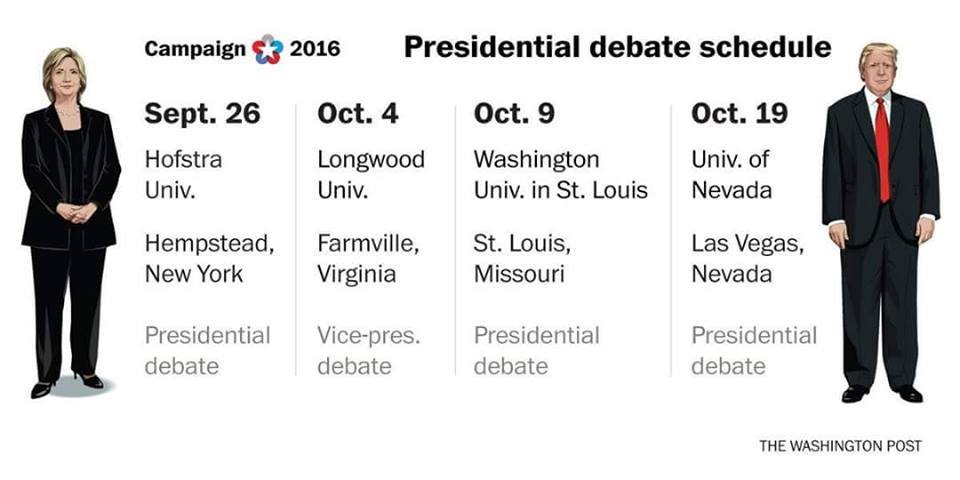