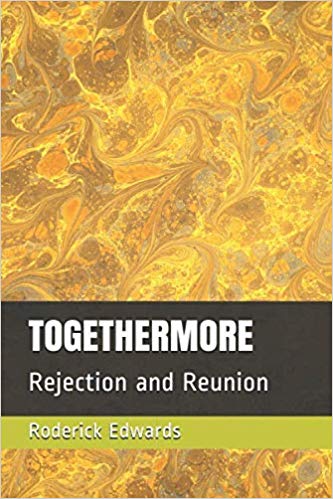 A story of a man who after 50 years wakes from his amnesia life and finds his birth family. Follow along as he struggles to fit in and yet retain as much of his constructed life as he can. But more than that, this is a story of humanity. Of finding who you are at the core of your being. Of finding how hurt is often expressed as hate and love is often expressed as sacrifice.

Roderick currently resides with his older sister on the edge of Ocala Forest in Umatilla Florida. https://www.fs.usda.gov/ocala
Ocala Forest is a 400K long-leaf pine forest filled with bears and panthers. Roderick lives just 200 feet away. His house is in the middle of no where, surrounded by horse farms.
Each day starts with roosters crowing and a pack coyotes howling as they run along the perimeter of the forest. Brown and green anole lizards leap around on the fauna in the yard. It is not the ocean bound idea you think of Florida but rather a more restful setting where Roderick is able to hone his writing skills.


He often has biscuits and gravy at the Mason Jar restaurant; a local favorite. https://m.facebook.com/eatlikenooneiswatching/ Or lunch with his sister at the unique, pro-American, veteran-themed cafe; Combat Cafe. https://www.facebook.com/CombatCafe2018/
BOOK RODERICK FOR INTERVIEWS/SPEAKING

Further, my book clearly states:
"What you are about to experience is an account of merely one life as it intersects and intertwines other lives. You are going to read about someone else, but it might as well be you."

So, this book was NEVER about "just me". It is actually hurtful to me that people who I consider important to me think that I shouldn't include them in the seminal story of my life. It makes me feel like my existence isn't important to them...which is the entire point of the book; LIVING vs EXISTING.

A writer need not get "consent" from anyone to write about their own life, especially as it intersects other people's lives. It makes me want to tell such people to never interact with me again...if I am that meaningless to them.
Interestingly, I've told many of the people in this book I was going to write it. At the time they laughed it off and said humorously they didn't care as long as they get some profit. I don't think they understand that I'm a person who does what I set out to do.

The book isn't about airing dirty laundry. It's about REALITY. A major point of the book is about how I have built such a perfect little world; an unrealistic world that doesn't really exist. And yet here are people telling me that they want to perpetuate that fabrication. I don't like to hurt people or shame people. My point was to show the human side of life, not some untruth.
Let us not be afraid to be human.

I dislike drama. This book is not meant to stir up drama. The names and places are placeholders. If you have issues with the names, just pretend all the names are "Bob". I even wrote in the book's disclaimer:
"The names, words, and events in this account may or may not be who and what you think so maybe you should just absorb it all and look beyond trying to make it into something more or something less than it is intended. Enjoy!"

If there are any inaccuracies, they are not intentional. The book is from MY perspective. What I thought or my impression of events. I haven't purposely tried to be inaccurate and tried to only supply relevant accounts that lead the reader along to the goal. Forgive me if you think I have misunderstood anything.


With all that being said, I hope everyone enjoys a book about LIFE. About LIVING.

Interview with Roderick Edwards
https://www.smashwords.com/interview/Rodericke
BOOK RODERICK FOR INTERVIEWS/SPEAKING
================
What are your main literary influences?
================
I read a lot of references books actually. As a youth, I'd read dictionaries and encyclopedias as if they were story books. But as for authors, I like Isaac Asimov, John Sladek, old dead Latin and Greek guys, all "sacred" books like the Bible and Guru Granth. So, my inspiration comes from unlikely sources.
===============
When did you first start writing?
===============
I have written short stories as long as I can remember. I have loads of spiral binders and handwritten books full of stories.
===============
What's the story behind your latest book?
===============
TOGETHERMORE: Rejection and Reunion is an autobiographic about my adoption and reunion with my birth family. The book was written at a great cost as many people have stopped being my friend for including parts of their lives in my story. However, a person does not live in a vacuum. Other people's lives will intersect our own and become part of our stories.
==============
What motivated you to become an indie author?
==============
Editors often edit out the heart of a story. For example, I have a habit of writing in what I call "fluid-tense" where I may use past, present and future tense in the same paragraph. Most editors would attempt to correct this, but for me it captures the fluid or flow of time. I don;t always do it, but when I do, I intended it to be that way. Independent publishing gives the author more control over content much like when a musician controls their own "record label".
=============
What are you working on next?
=============
As of Sept 2019 I am working on a book called THE UNIVERSE: Of Religions and None. It should be completed by Oct 2019 but most likely only available on Amazon unless Smashwords proves more conducive to my efforts.

So my biological sister and I just returned from our paternal aunt's funeral. I just found my birth family last year and have since moved to Florida to be with my sister, who like me was also given up for adoption at birth. But adopted by another family. Our reunion and subsequent decision to spend our remaining 20-30 years together has riled many of my constructed family.

Anyhow, at my aunt's funeral, the person giving the speech never acknowledged my sister and my connection to our aunt; our last paternal ancestor. Then, the preacher, who admitted he never knew our aunt began reading, word for word the obituary my sister and I had submitted to the funeral home, EXCEPT he must have been told to omit the part about us being her nephew and niece and how I found her and our once loving relationship. (My aunt became bitter and estranged from us when I moved to Florida).

The irony is, the preacher told us he was adopted and he also has an adopted child.
I wonder if he and all these people at the funeral know what they did? They expunged two people FOR A SECOND TIME, out of existence. It is like being abandoned all over again. It makes me want to shout; "F*** ALL OF YOU!" But instead, we'll go back to our quiet existence, sit down and shut up.
-----
We knew it would be a damned if you do, damned if you don't situation. If we didn't go, people would claim we didn't care. If we showed up, we'd be treated like we were. No one talked to us. There were no pictures of us with our aunt being displayed. The woman who often tried to push my aunt into a nursing home was the facilitator of the ceremony and she and her husband presented themselves as my aunt's saviors. The entire event was a fraud. Not just because we weren't acknowledged (it wasn't really about us) but because this culminating, important event in her life was expunged and replaced by self-serving platitudes.
-----
Having a sibling who was also given up for adoption and experienced the "de-personifying" effects of adoption has helped both of us tremendously. I truly believe adoptees of all "disenfranchised" people groups are the most disenfranchised because we had our identities as individual humans stolen away from us. Whereas minorities such as blacks or Hispanics or homosexuals or any group you can name, still have their individuality, we have no personhood except the one constructed for or by us...until we are reunited with our birth family.

And even that doesn't necessarily solve our issues. Because then we struggle to fit back in. Our birth family lived lives without us. Their fond photos don't include us. Their children's names aren't given to honor us. We may look like them, maybe we even share their mannerisms but it takes some time to belong.