Home»Forums»List»R-Ideology»To the Land of the Infidels: U.S. Immigration Issue

To the Land of the Infidels: U.S. Immigration Issue

Why do people who hate the ideas of America, capitalism and freedom get upset when they are banned from coming to America? 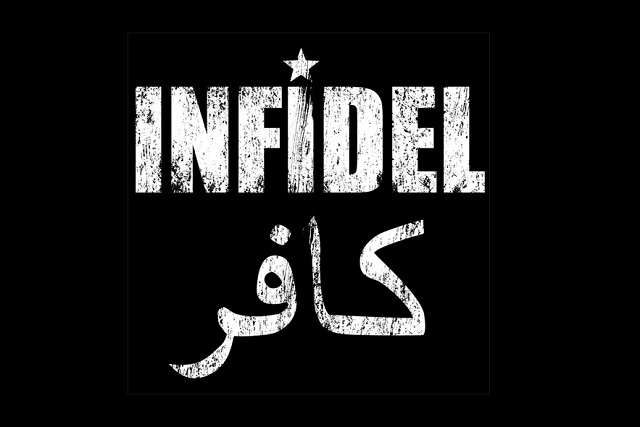 During the first week of U.S. president Donald Trump's administration he issued an entry ban for people from several predominantly Muslim countries where ISIS and other Islamic terrorists have been known to originate. This caused quite a backlash from American Democrats and other anti-American leftists.

Historically, Muslim theology sees non-Muslims as infidels or "unfaithful". While almost all religions see practitioners of other religions as unfaith or infidels, Islam tends to display a violent hatred toward non-believers or kafir as they are called in Islam. In fact most of Islamic scriptures, called the Quran are dedicated specifically to interaction with unbelievers. (ref) If nothing else, the Quran is clear that Muslims should not associate with non-believers:

"Let not the believers take the disbelievers as friends (Auliya=supporters, helpers) instead of the believers, and whoever does that will never be helped by God in any way, except if you indeed fear a danger from them. And God warns you against Himself (His Punishment), and to God is the final return." Qur’an 3:28

Some Muslims will try to say the context is about alliances during time of war but there is no context in the passage about war. It has been historically understood by Muslims as to not associate with non-Muslims. To this day, this is the reason Muslims have a difficult time assimilating into other cultures or allowing other cultures to co-exist among them.


Why come to a nation of infidels? A nation of kafirs? It would be different if these were ex-Muslims fleeing the inevitable death sentence that is rejecting Islam while in a Muslim country, but instead these are Muslim "refugees" of mainly young men coming to America and the West in general, not to become Westernized but to bring their bigotry and non-assimilating ideas. They have no intention of adopting the kafir ways. They instead protest, march, riot and demand via violence that we submit to them; all the while they are in OUR countries.


The irony and ludicrous hypocrisy of it all is that American leftists are there rioting along with the Muslims; the same Muslims that if in charge would kill all the homosexuals. The same Muslims that would make Madonna and Ashely Judd wear a full burka. The American left simply doesn't understand history and logic and instead engages in emotional rhetoric and silly empty slogans and chants.


America is all about welcoming people REALLY FLEEING PERSECUTION. Are the Syrian "refugees" trying to get away from Muhammad imitators or will they simply bring forms of it here to our land? I'm personally all for taking in EX-Muslims; since Islam is a death cult. Muhammad was a documented murderer and pedophile which wasn't even "normal" in his time or culture. Anyone who imitates Muhammad will eventually also be a murderer and a pedophile. It's not just "ISIS/ISIL/Al Qaeda/or "radical Islam".


For more on this topic see: