Has Trump accomplished anything in his first 100 days? 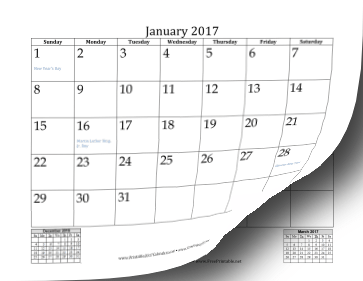 President Trump's 100th day is on April 29, 2017. Like all politicians, he has made pledges or promises he planned to enact and especially within the first 100 days of his administration. The number one pledge was to bring a sense of American pride back into focus, or as he phrased it in his campaign slogan; Make America great again. There has been incidental positives simply by Trump being president. The financial markets initially improved on the prospect of a pro-business capitalist president in comparison to the wealth redistributing socialist lite during Barack Obama's administration.

A key component of Trump's campaign was his position on illegal immigration, refugees and even legal immigration from hostile regions. While the president has attempted to implement extreme vetting for several terrorist infested countries, the Democratic Party propagandists, also known as the U.S. media have painted it as a "Muslim ban" even though over 80% of Muslim countries would be unaffected by the restrictions. Activist judges have attempted to block the Constitutionally legitimate order which even the leftist media outlet The Hill admitted.


On the southern border, Trump has not yet begun building the promised wall between USA and Mexico, however illegal immigration through Mexico has already diminished simply by enforcing the existing laws. Trump's administration estimates illegal immigration has decreased by 61-67%, which even the leftist Politifact ruled "mostly true".

The promised "beautiful wall with a great big legal door" in it has yet to have its first brick laid, however over 200 contractor bids have been submitted and include everything from solar panels to turn the wall into an electricity plant, to making it a tourist attraction or even nuclear waste dump. The finalists are expected to be known around June 1, 2017.

The first attempt to repeal and replace Obamacare failed due mainly to its lack of significant replacement. The repeal was opposed by many of the "conservative" Republicans often called the Freedom Caucus. There are plans to attempt another repeal and replace with more input from the conservatives. Trump has tied tax reform to the eventual repeal and replacement of Obamacare and has suggested that Obamacare will implode on its own as more and more health insurers are bailing on the exchanges; especially as Obamacare's preexisting conditions clause is....to use a leftist catchphrase they like to use about the environment; "unsustainable". You cannot have more people using a program than are paying into it; even if you hate basic market reality, it won't work.

Perhaps the most successful of Trump's pledges has been his appointment of Neil Gorsuch to the Supreme Court; although it took drastic actions to push it through against the will of the Democrats who seem intent on blocking Trump for the next 4 years. While Gorsuch has been touted as "conservative" or an "originalist" in that he supposedly will attempt to make judicial decisions based on the original intent and ideas of the Founders of America, we have seen previous appointees become more liberal once they are in office.


Trump may have the opportunity to appoint one or two more nominees to the bench before his term is up.

Another main leg of Trump's campaign platform is his desire to renegotiate relations and deals with nations like China whom he has considered behaving unfairly. After his first meeting with Chinese president Xi Jinping, Trump appeared to soften his tone but only because he won major cooperation from the Chinese; both on opening their markets to U.S. business and assisting with the perennial trouble with North Korea. Unlike during Bill Clinton's administration which actually gave North Korea nuclear technology. While the North Korea issue is not yet resolved, with China seeming to help pressure North Korea's leader Kim Jong Un there is hope that the people of North Korea will soon be free from his despotic rule.

Trump had mentioned several times during the election that he was willing to work with Russia on things like fighting Islamic terrorism, however as the media has attempted to depict Trump as a puppet of Russia, this potential alliance becomes difficult. Even after Trump ordered the bombing of an air field in Syria; a client state of Russia causing a rift in US-Russo relations, the media persists in claiming the Russians and Trump administration are in cahoots. All of this in contrast to the reality that the Obama administration was so close to Russia that Hillary Clinton helped give Russia access to US uranium supplies and Obama was actually caught on a hot mic whispering to Russian president Dmitri Medvedev that he'd have "more flexibility after the election, as if Obama was telling Russia that he has to fool the American voters first. Trump may yet be able to repair and really reset American and Russian relations despite the Democratic Party's attempt to drive a wedge.

Trump has promised to make the government less intrusive in business and personal lives. To this end, one of his first acts was to order a regulatory freeze. The president has also passed almost a dozen executive orders that aim to undo many of the invasive executive orders passed by the Obama administration. This approach seems in line with the Thomas Paine quote:

"Society in every state is a blessing, but Government, even in its best state, is but a necessary evil; in its worst state an intolerable one: for when we suffer, or are exposed to the same miseries BY A GOVERNMENT, which we might expect in a country WITHOUT GOVERNMENT" -- Common Sense

This first 100 days have been as successful as any previous presidency and have lived up to the intentions of Trump during his campaign. His 3rd party, non-partisan style will open up future presidents to be less about the party ideology and hopefully more about the best interests of the American people and the nation. While detractors will continue to criticize, Trump has been consistently pro-American exceptionalism. His mere winning the election has signaled a hopeful rolling back of the cultural political correctness that has infested not only the Democratic Party but even the Republicans. It has highlighted intent of people who hate America, capitalism, free-market and personal liberty so that they can never again falsely pretend to be "tolerant" as their violence is on display. This new era defines a shift to remove all masks of pretension which will allow us to actually heal the division. It is promising, not because Trump himself will address the issue but because the era calls for it that the continual agitation by the Democratic Party of real and fabricated class warfare will be soothed with the shared realization that we first are humans then Americans before gender, race, or anything else.